Snack Video Banned Soon in India ! Is Snack Video A Chinese App?  The government has banned more than 200 Chinese apps over the past three months over security concerns. Popular apps like Ticketok, PUBG Mobile, UC Browser, SHAREit, WeChat, and Shein were among the list of apps that were blocked.

However, there are some other Chinese apps that survived the government outbreak and the ban. One such app is Snack Video 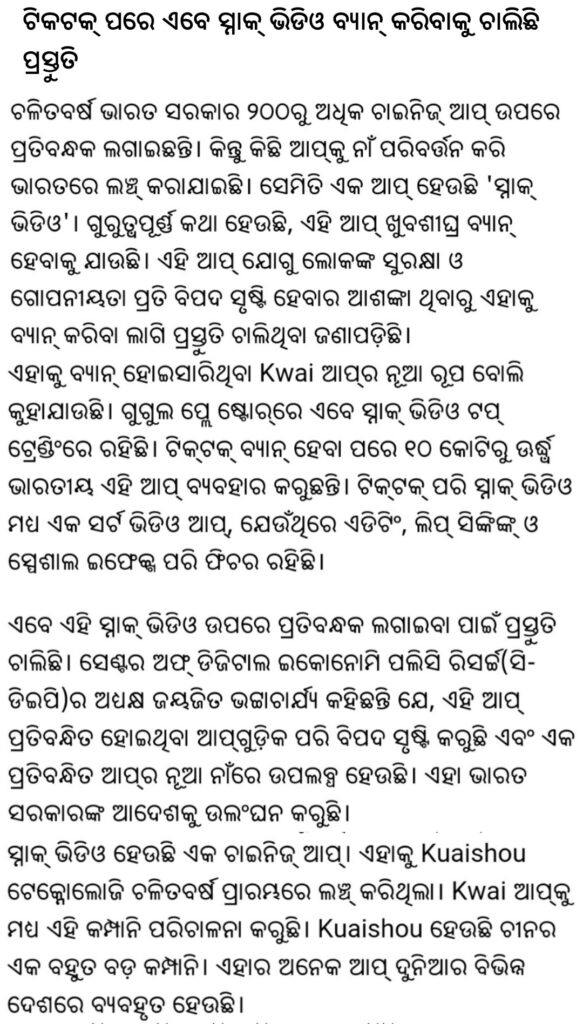 Snack Video Banned Soon in India ! Is Snack Video A Chinese App?  On 21 October, C-DEP wrote a letter to the ministries of home and IT, highlighting some of their concerns about the snack video. C-DEP President Jayjit Bhattacharya confirmed the development of MediaNama with the authenticity of the letter.

We reached out to MEITY and the Ministry of Home Affairs to find out if they would investigate the veracity of the allegations leveled by C-DEP against Sn-Video.