The government previously banned CamScanner, SHAREit, and others including UC Browser. That restriction was announced under the provisions of Section 69A of the Information Technology Act. 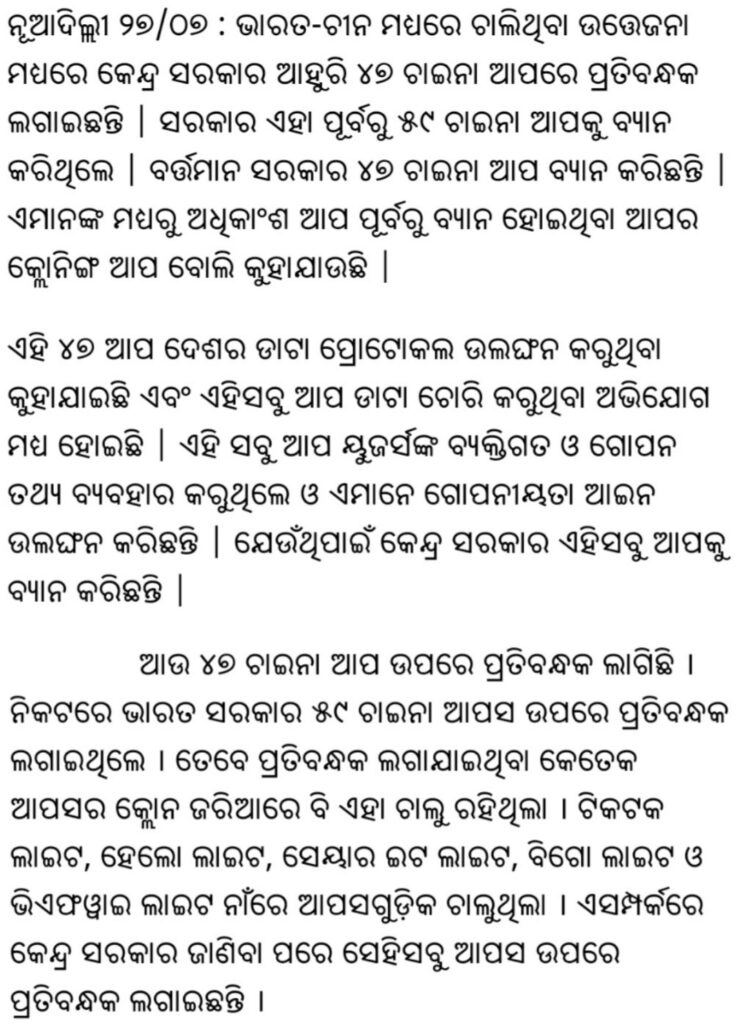 It has been suggested that the new Chinese apps that are banned are a threat to users’ security and privacy. The app acted as a fraud for the first 59 Chinese apps banned in India. While there is no word on the inclusion of all Chinese apps in the list, titles such as Tiktok Lite, Halo Light, Shareite Light, Bigo Light and VFY Lite have been included.

Government Bans 47 More Chinese Apps in India  | It is believed that some of the top gaming Chinese apps including PUBG Mobile will be a part of the new list of banned apps. However, details related to development are yet to be released to the government.